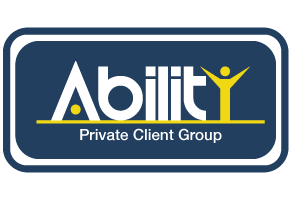 The RDSP is a savings plan that was introduced by the Federal Government in December 2008. The RDSP is a long term savings plan for people with severe disabilities that will help to enhance their financial well being in the future. It involves significant contributions from the Government and earnings within the RDSP are not taxed until funds are withdrawn. Payments coming from the plan can be used for any purpose but must begin no later that the year in which the person with the disability turns age 60. In order to qualify for the RDSP, the person with the disability must qualify and continue to qualify for the Disability Tax Credit under the rules of the Income Tax Act.

The RDSP has a structure which involves the Plan Holder and the Plan Beneficiary. The beneficiary of the RDSP is the person with the disability. The plan holder is usually the person who establishes the plan and who has control over the financial aspects of it. The plan holder can be the plan beneficiary if that person has the ability to enter into legal contracts. If the beneficiary of the RDSP is under age 18, a plan can be established by the parent or legal guardian. If the beneficiary is over age 18, a plan can be established by the individual himself if he is legally competent or by a variety of people including his parents if he is not. There are transition rules in this regard that will end in 2018.

Once an RDSP has been established, anyone can contribute to the plan provided the plan holder has given written permission to that effect. These contributions are limited to a lifetime maximum of $200,000 but any amount, subject to that $200,000 limit, can be contributed annually. Spreading of large deposits over a number of years may be more advantageous as will be seen when looking at the Canadian Disability Savings Grants. When a private contribution is made, there is no income tax deduction for the contributor and these payments can only be made up until the end of the year in which the beneficiary turns age 59.

As of July 1, 2011, for deaths occurring after March 3, 2010, the Government will allow a rollover of a deceased individual’s RRSP or RRIF proceeds and certain lump-sum amounts paid from a registered pension plan (RPP) to the RDSP of the deceased individual’s financially dependent, infirm child or grandchild. However, these rollover amounts will not be part of the Canadian Disability Savings Grants calculations. (see below)

Also, as a result of the March 2013 Budget, investment income from an RESP can be rolled into an RDSP in some circumstances.

In addition to the CDSG, the Federal Government has introduced the Canadian Disability Savings Bonds. The CDSB’s are available to lower income families up to a lifetime maximum of $20,000. These funds are available up to $1,000 per year until the $20,000 maximum is reached or until the December 31st of the year in which the RDSP beneficiary reaches age 49. No Private Contribution is required to receive the $1,000 CDSB if the net income is below $26,021. This amount is reduced proportionately if the income is between $26,021 and $44,701. (2015 values) For most people in Ontario who receive ODSP benefits, a total annual contribution of $1,500 will result in an annual contribution from the Federal Government of $4,500 until a total of $90,000 of Grants and Bonds is reached.

In addition, people are allowed to carry forward unused Grant and Bond entitlements to future years. The carry forward period can only start from 2008 and is for a period of 10 years.

Payments From the RDSP:

The intended goal of the RDSP is to provide for the long term benefit of the person with the disability. As such, payments from the RDSP can be used for any purpose.

There are two types of payments that can be taken from an RDSP. The first type of payment is called the Disability Assistance Payment. The DAP is a periodic withdrawal from the RDSP at different points of time through out the life of the plan. These withdrawals can only be made if the Private Contributions made into the plan are greater than the Government Contributions. We expect that most people will only make the minimum contribution required to attract the maximum government grants and therefore, the DAP will not be possible. If a DAP from is withdrawn, significant penalties will be imposed. For every $1 removed from the plan, $3 of any CDSG or CDSB deposited by the Government in the last 10 years must be repaid to the Government. (Previously, ALL CDSGs or CDSBs had to be repaid…now only $3 for each $1 withdrawn has to be repaid) The amount of the payment is further limited by the need to insure that at least a Holdback amount remains in the plan.

Taxation of Payments From a RDSP:

Termination of Eligibility for the Disability Tax Credit:

Some people may have a disability that is cyclical in nature. If a person becomes ineligible for the DTC and there is a likelihood that they may be able to regain eligibility, the RDSP can remain open for a period of four years. Otherwise, it must be collapsed at the end of the four years.

Death of the Beneficiary:

When the beneficiary of the RDSP dies, several things occur. Firstly, there is a claw back of the CDSGs and CDSBs deposited by the Federal Government in the last 10 years. After that, taxes must be paid by the estate of the deceased beneficiary and then distributions can be made. These distributions are based on the will of the beneficiary assuming that he or she has the mental ability to created one and that one has been created. If no will has been created then the Provincial Estate Laws will be followed. These laws generally provide for a distribution to the disabled person’s next of kin. If at all possible, the preferred basis of distribution of the balance of a Registered Disability Savings Plan is the will of the beneficiary of the plan.

The RDSP has a number of benefits to most people with disabilities in Ontario. To make use of the Federal Government’s generous Grants and Bonds makes sense to most people and their situations. The accumulation of these funds along with the income that they earn in a tax deferred vehicle will enhance the size of the savings over the long term. The eventual withdrawal of funds from an RDSP will enhance the quality of life of the person with the disability and will not negatively impact on a person’s eligibility for the Ontario Disability Support Program or other Government programs and services.

We believe in empowering our clients to participate in the creation and maintenance of their overall financial well being through proper education and ensuring an understanding of the possible outcomes involved in each decision.

Insurance products are offered through PPI Management Inc., a national licensed insurance marketing organization that support independent advisors with their business, and through multiple insurance companies.